So I don’t think I’ve set a challenge on here since my No Phone Challenge aka Phone Free Evening Challenge where I challenged myself to put down my phone at 5:00 each day and not pick it up again until Zoya was asleep. I guess when shared my Project Fewer Things while decluttering before Christmas it was a bit of a challenge.

Today’s challenge was very different but also very much the same as the Phone Free Evening Challenge because it was primarily about being present and being with Zoya.

Today was our first completely free day and so I decided to try to not tell Zoya to hurry all day long.

I feel like during the last days of travel I may have told her to hurry up even more than I told her to obey or be kind.

Anyone who knew Shah and I knew our primary source of conflict was speed. I liked to hurry and be efficient. He liked to relax and move at a slower pace.

As his wife, I struggled not only to move at his pace when we were alone, but to prioritize his pace when we were with others. I would freak out if people were waiting for us or behind us wanting us to hurry, and of course, that meant I was putting the other people, who were often strangers, ahead of my husband.

I learned to slow down for him; not perfectly, but I was worlds better at it when he died than when we first got married. I learned rather than worrying about what someone else wanted, to try to do it the way and speed Shah wanted.

I did that for him, but I rarely do that for Zoya. Zoya moves at Shah’s pace. When I see the kids in her class walking to the bathroom she is always in the back of the line.

The time I felt the strongest that Shah was with me after he died was just a day or two after he died and what I heard clear as day was him asking me to ‘live life slowly.’But on this trip I’ve been constantly trying to make her move faster. 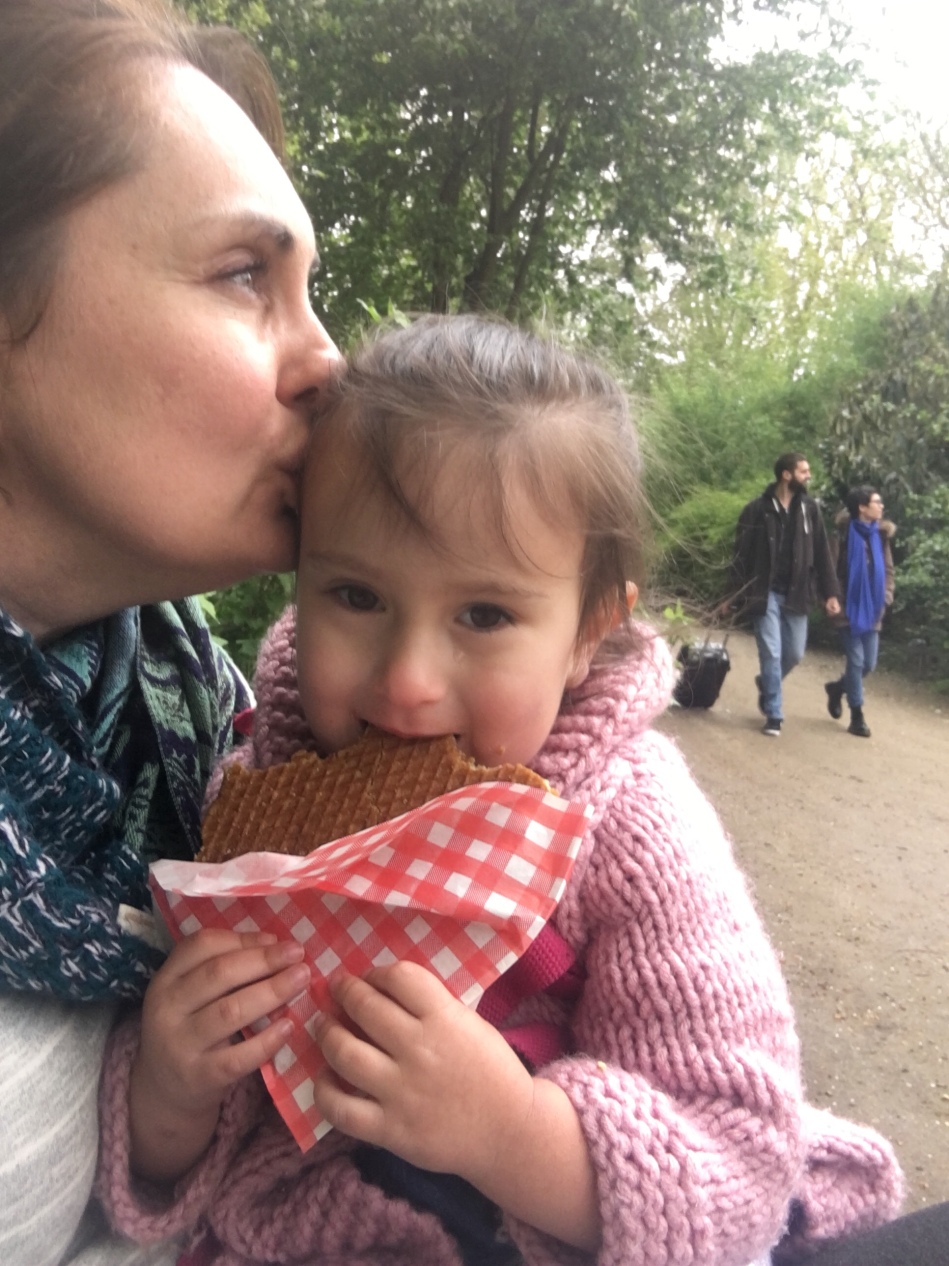 So my challenge today was to let her be at her speed. No, this can’t always happen. Sometimes there are people carrying two suitcases and a bike behind us on the stairs and so she can’t stop and try to pick up the lint. (She has learned to walk up the stairs with me saying “Focus focus focus” for each step.)We will go home and have to get to school on time. I am her mother. Part of training, does have to be learning to get to the car without picking up a stick and a rock and chasing a bird (very slooooowly of course). Right? That balance between discipline and play can be so hard. But not only have I been rushing her far beyond that, this is vacation. Vacation is where play, with it’s creativity and curiosity, should trump. I don’t want to rush these days. I don’t want to rush this time in Amsterdam or this time with my two year old.

So the No Hurry Challenge will go on for another day. It’s kind of a cheat day tomorrow because we will have a sitter for part of it. Still I don’t have to rush her to breakfast, rush her to pee, or rush her back up to dress. Are there parents who struggle with this less than I do? I think Shah would have let her take 10 minutes to put her shoes on without loosing his temper. Does anyone else want to try this? I think at home I could do it on a Saturday or an evening. I’m not talking about letting them set the schedule but just the pace.

2 comments on “The No Hurry Challenge”